Apollo Tires Ltd is the 17th largest tire manufacturer in the world, with annual sales of approximately 121.5 billion Indian rupees (2.5 billion US dollars), according to statistics in 2011. This company has built in Kerala, India in 1976. Apollo company includes 4 factories in India, 1 factory in south african , two factories in Zimbabwe and 1 factory in Netherlands. also this company has a large marketing network with more than 4,000 active agents.

In general, 59% of the company’s revenues earns from India and Asia marketing, 28% from the European market, 13% from the African market. The company’s officials are planning to turn Apollo tires into the tenth largest tire producer in the world by 2016. In June 2013, an announcement was published that the Apollo managers were willing to buy Kavir tire stocks (Cooper), according to which the Apollo company was willing to pay $ 35 for each stock of Cooper, which, if this deal is completed, Apollo tire will be seventh largest rubber manufacturer in the world, which likely to happen soon by the end of 2013 or 2014 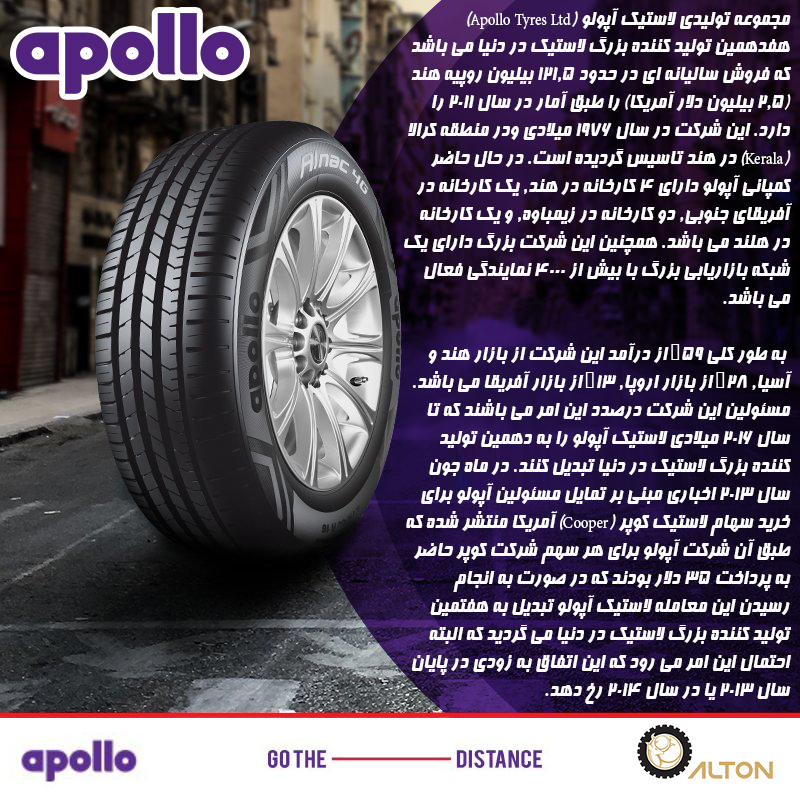